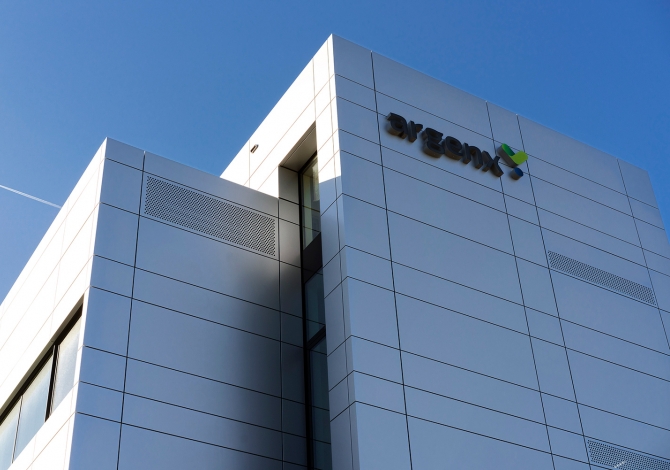 “Myasthenia gravis can be a very debilitating and potentially life-threatening chronic disease in patients leading to impairments that affect a patient’s ability to complete normal daily activities, including walking, swallowing, chewing food, talking or breathing easily. Efgartigimod demonstrated in ADAPT that it is well-tolerated and that patients can experience clinically meaningful improvements in key measures of function and strength following treatment, including, in some, the achievement of minimal symptom expression. These exciting results suggest that efgartigimod as a new potential therapy for gMG patients could have a real impact on some of the daily limitations that patients face,” commented James F. Howard Jr., M.D., Professor of Neurology (Neuromuscular Disease), Medicine and Allied Health, Department of Neurology, The University of North Carolina at Chapel Hill School of Medicine and principal investigator for the ADAPT trial.

Clinical benefit in seronegative patients: Inclusion of QMG score in responder analysis showed further evidence of activity in patients where AChR antibodies were not detected (AChR-Ab-)

Topline data from ADAPT were reported in May 2020. The trial met its primary endpoint showing 67.7% of efgartigimod-treated AChR-Ab+ gMG patients were responders on the MG-ADL score compared to 29.7% of placebo patients (p<0.0001). Responders were defined by having at least a 2-point change on the MG-ADL for at least four consecutive weeks. Efgartigimod was demonstrated to be well-tolerated with a safety profile that was comparable to placebo.

“These new data on the magnitude and repeatability of response continue to support the potential of efgartigimod as a meaningful treatment for gMG patients. ADAPT was also a broad trial which included

patients with acetylcholine receptor antibodies present and those without. We were pleased to show in this presentation proof of activity in the antibody-negative patients who are often left out of clinical trials,” commented Wim Parys, M.D., Chief Medical Officer of argenx. “It is particularly gratifying to present these favorable new data at the MGFA Virtual Scientific Session, a scientific meeting solely focused on addressing unmet needs for people living with gMG. We look forward to submitting our Biologics License Application for efgartigimod to the U.S. Food and Drug Administration before the end of the year with the goal to have efgartigimod available to patients and physicians in 2021.”

The Phase 3 ADAPT trial was a randomized, double-blind, placebo-controlled, multi-center, global trial evaluating the safety and efficacy of efgartigimod in patients with gMG. A total of 167 adult patients with gMG in North America, Europe and Japan enrolled in the trial and were treated. Patients were eligible to enroll in ADAPT regardless of antibody status, including patients with AChR antibodies (AChR-Ab+) and patients where AChR antibodies were not detected. Patients were randomized in a 1:1 ratio to receive efgartigimod or placebo for a total of 26 weeks. ADAPT was designed to enable an individualized treatment approach with an initial treatment cycle followed by a variable number of subsequent treatment cycles. The primary endpoint was the number of AChR-Ab+ patients who achieved a response on the MG-ADL score defined by at least a two-point improvement for four or more consecutive weeks.

MG is a rare and chronic autoimmune disease where IgG antibodies disrupt communication between nerves and muscles, causing debilitating and potentially life-threatening muscle weakness. More than 85% of people with MG progress to generalized MG (gMG) within 18 months, where muscles throughout the body may be affected, resulting in extreme fatigue and difficulties with facial expression, speech, swallowing, and mobility. In more life-threatening cases, MG can affect the muscles responsible for breathing. Patients with confirmed AChR antibodies account for 80-90% of the total gMG population. There are approximately 65,000 people in the United States and 20,000 people in Japan living with the disease.

argenx is a global immunology company committed to improving the lives of people suffering from severe autoimmune diseases and cancer. Partnering with leading academic researchers through its

Immunology Innovation Program (IIP), argenx aims to translate immunology breakthroughs into a world-class portfolio of novel antibody-based medicines. argenx is evaluating efgartigimod in multiple serious autoimmune diseases, and cusatuzumab in hematological cancers in collaboration with Janssen. argenx is also advancing several earlier stage experimental medicines within its therapeutic franchises. argenx has offices in Belgium, the United States, and Japan. For more information, visit www.argenx.com and follow us on LinkedIn at https://www.linkedin.com/company/argenx/.